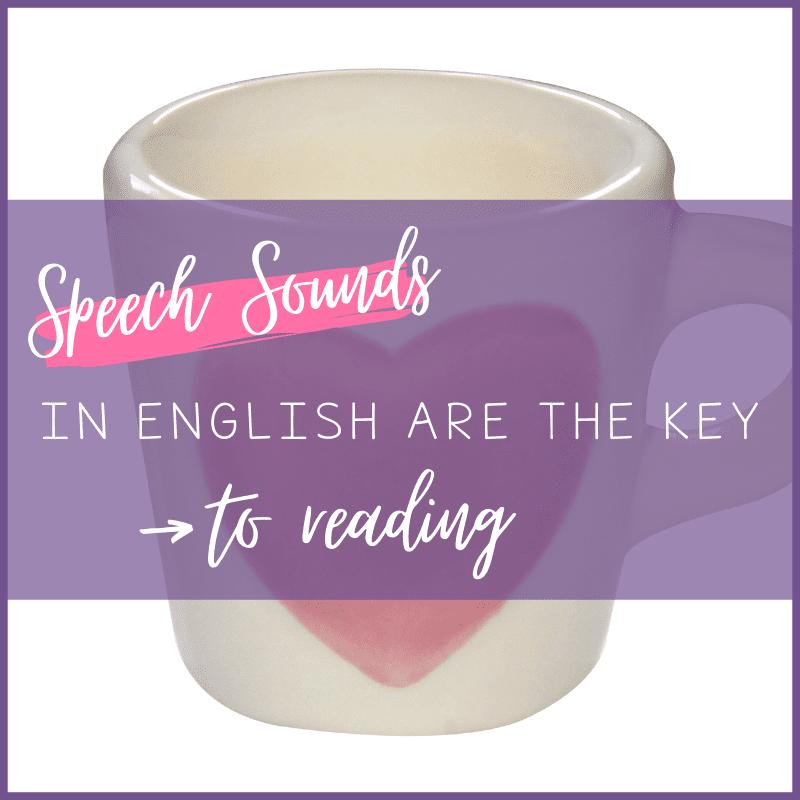 Speech Sounds in English are the Key to Reading

Our brains are wired for speech, not for reading. Humans have not been reading and writing long enough for our brains to have evolved to be wired for learning how to read.  Children are born with their brains wired for speech. Think about it.  No one has to “teach” a child to speak.  If surrounded by people speaking in their first years of life, they just begin to speak.  If we want children to learn to read, we all need to understand why speech sounds in English are the key to reading!

Learning how to read is not, and should not be some deep dark mystery!  English is an alphabetic language.  That just means that the alphabetic symbols used in writing correspond to the speech sounds we say in words.  It was designed that way on purpose. So why aren’t we teaching teachers and students how to map what we say to the letters on the page?

Why would I start with speech sounds in a blog post about reading?  Well, reading is just speech written down or printed.  That is the whole point of reading, isn’t it?  We want to write down and preserve our thoughts and our words for someone to access at a later time. So if a child struggles with spoken language, it may follow that they may have trouble with written language.

I am going to be simplifying to make this quickly and easily accessible to the largest possible audience.  Not everyone has the time or the desire to dive deep into theory and research.  However, I believe this information can still be useful and accessible to teachers without a long-drawn-out process.

There is a reference list at the end of this post for further reading and research on this topic on your own if you want to know more.

So, if English is an alphabetic writing system that matches the sounds we say to the letters we read and write, we need to have a better understanding of the speech sounds in English.

If I could go back in time and teach myself as a beginning teacher, this would be one of the first things I would want to know. It was missing in my understanding as a reading teacher for too long.  It has made a huge difference in the learning I am seeing in the students I work with today.

What is a Phoneme?

A phoneme is the smallest unit of sound in a word.  There are three phonemes in the word “bed”.  The difference between the word “bed” and “bet” is the last phoneme.

Let me give another example so that we don’t confuse letters with sounds.  There are also three phonemes in the word “catch”.  The last sound in “catch” is spelled with the letters “tch”.

It is helpful to temporarily forget what you know about spelling when listening to and counting the sounds in words.  How about another example?

There are three phonemes in the word “love”.  So what about that letter “e” at the end?  Well, no word in English ends with the letter “v” so the “e” is there as a placeholder, but I am getting ahead of myself.

How Many Speech Sounds are there in the English Language?

There are approximately 44 sounds (or phonemes) in the English language.  You will find differences in the number depending on the source.

You can quickly see the problem in writing those 44 sounds with only 26 letters.  We use combinations of letters (graphemes) to spell the 44 sounds.  Some letters and letter combinations represent more than one sound.  Remember the word “catch”?  The /ch/ sound is spelled with “tch”.  Three letters represent one sound.  How about the word “read”.  Does it rhyme with “bread” or “seed”?

That is where things start to get a little tricky.  This is why you may hear or read that English has a deep orthography or a deep writing system.  There can’t be a one-to-one match of sounds and letters.

Consonant phonemes (sounds) are considered closed sounds because our airflow is obstructed by our lips, teeth, and tongue when we produce the sounds.

The most useful way to organize all of this information is in a chart.  If some of the terms seem a little technical, to begin with, you will soon understand how they can be very helpful to both teachers and students.

The top row across lists the place of articulation.

The first column down lists the manner of articulation.

Place of Articulation of Speech Sounds in English

The place of articulation is quite easy to understand so let’s start there.  This is going to require some active participation so get ready to say the sounds out loud!

In the second column are sounds we produce with our lips together.  (See the chart above.)

In the third column, there are two sounds we produce with our upper teeth on our lower lip:  /f/ and /v/.  You try it! Say the sounds out loud as we go along.

Tongue on Roof of Mouth

We continue to move back in our mouths in the next column with our tongues on the roof of our mouths. The /zh/ may be a new sound or a sound you haven’t thought much about.  It is the sound we hear in the middle of the word “measure” or at the beginning of the word “genre”. It is easy to confuse sounds produced in the same place in our mouths.

There are three sounds we produce in the back of our mouths.  The one that may be unfamiliar or new to you is the /ng/ sound as in the words “ring” and “think”.  Don’t let the spelling confuse you!  That /ng/ sound in “think” is spelled with the letter “n”.

There is one sound we produce in our throats: /h/.

Manner of Articulation of Speech Sounds in English

I want to go through the chart again analyzing the rows.  If you stick with it and go slowly, saying the sounds out loud, you will be deepening your understanding of the consonant sounds of English and clarifying what confusions your students may have.

The first row includes sounds called stop sounds.  When we say stop sounds, the airflow is abruptly stopped.  You can’t “hold” these sounds or continue to make the sound without distorting the sound.  Be careful to say these crisply and clearly without adding an “uh” sound to the end.  We want /p/ not /puh/.  It may be more difficult to do than you thought. That’s okay. It takes practice!

Do the same for the rest of the sounds in the first row.

The next row includes three nasal sounds.  All three sounds require our voice to produce.  Rather than the sound coming out of our mouth, it travels through our nose.  Try pinching your nose gently while trying to say the sound.  You can’t do it!  The sound gets “stuck”. When we have a cold and our noses are plugged up, we sound funny!

Then you will see the glides.  Glides are consonant sounds that have vowel-like qualities.  Vowels always come after glides. Examples would be the /w/ in water and the /y/ in yellow.  Another consonant will never come after a glide in the same syllable. They also will not appear at the end of a word.  Spelling gets tricky here again.  If the letters “y” and “w” are at the end of a word, as in “toy” and “snow”, they are not representing consonant sounds, they are part of a vowel team.

Finally, the liquids are at the bottom of the chart.  The troublesome /r/ and /l/ sounds!  If you have taught in the early grades for any length of time you have probably had a student or two that has had difficulty in saying these sounds and may even be working with the speech and language pathologist.  (I love the SLPs I have worked with!)

The sounds around liquids alter their pronunciation. There isn’t a clear beginning or endpoint in articulation. In most cases, liquids are voiced, but not always.  They could be the definition of ambiguous!

Other Speech Sounds in English

You probably noticed we haven’t discussed the vowel sounds in English. Vowels require their own discussion. Watch for that post coming soon!

Share the Joy of the Science of Literacy and Reading

Share the joy of teaching and learning to read!  If you like this post, share it with a friend.  Find more beginning reading resources, early literacy resources, and information throughout my blog and website. I am on a mission to help as many students learn to read as I possibly can.  The best way to do this is to help as many parents and educators that teach reading as possible. I only post teaching and learning information that is research-proven and I fully support and believe in the Science of Literacy and Reading.

All of the ideas are my own and do not necessarily represent the views, positions, strategies, or opinions of any of the authors or companies mentioned. I do not receive any compensation for the resources mentioned in this post. 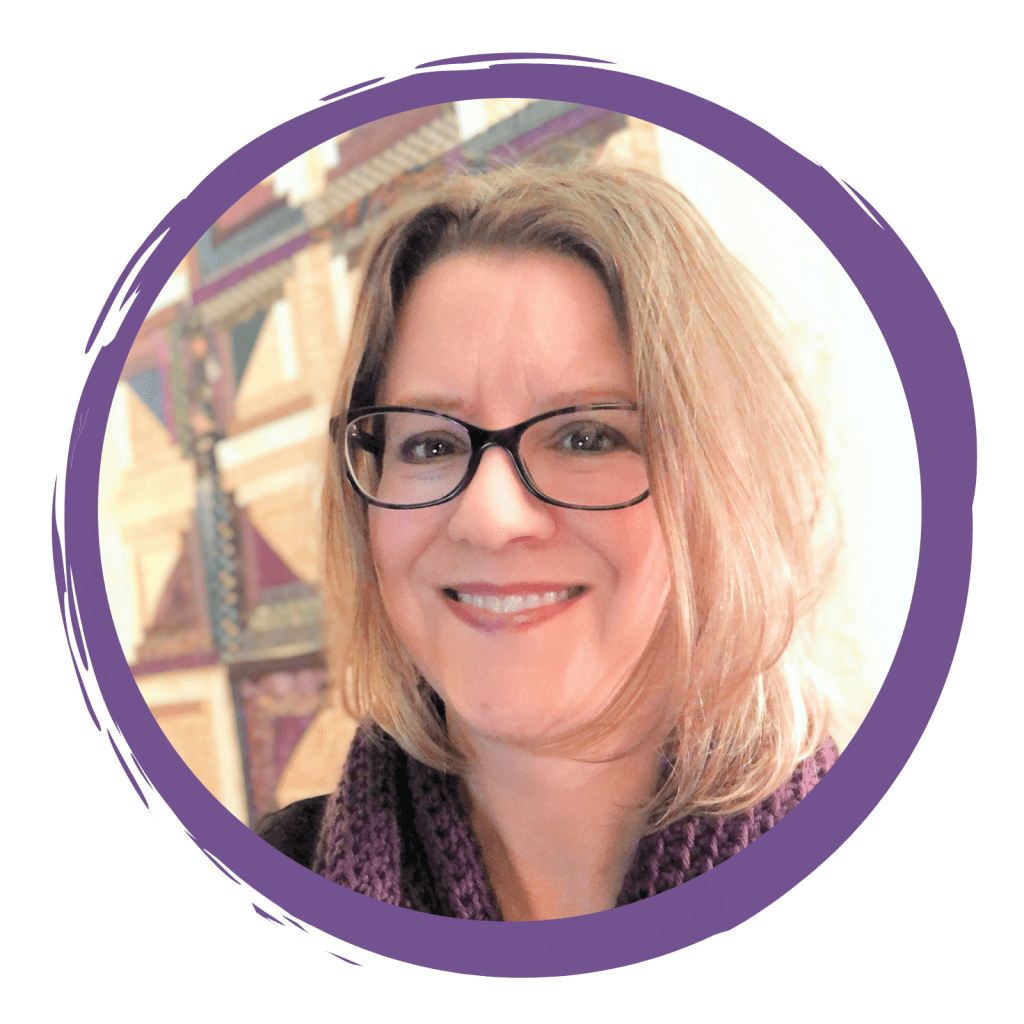 I help K-3 teachers teach with the science of reading so that all of their students learn to read.

Learn more about me and how I can help you here.

We use cookies on our website to give you the most relevant experience by remembering your preferences and repeat visits. By clicking “Accept”, you consent to the use of ALL the cookies.
Do not sell my personal information.
Cookie SettingsAccept
Manage consent

This website uses cookies to improve your experience while you navigate through the website. Out of these, the cookies that are categorized as necessary are stored on your browser as they are essential for the working of basic functionalities of the website. We also use third-party cookies that help us analyze and understand how you use this website. These cookies will be stored in your browser only with your consent. You also have the option to opt-out of these cookies. But opting out of some of these cookies may affect your browsing experience.
Necessary Always Enabled
Necessary cookies are absolutely essential for the website to function properly. These cookies ensure basic functionalities and security features of the website, anonymously.
Functional
Functional cookies help to perform certain functionalities like sharing the content of the website on social media platforms, collect feedbacks, and other third-party features.
Performance
Performance cookies are used to understand and analyze the key performance indexes of the website which helps in delivering a better user experience for the visitors.
Analytics
Analytical cookies are used to understand how visitors interact with the website. These cookies help provide information on metrics the number of visitors, bounce rate, traffic source, etc.
Advertisement
Advertisement cookies are used to provide visitors with relevant ads and marketing campaigns. These cookies track visitors across websites and collect information to provide customized ads.
Others
Other uncategorized cookies are those that are being analyzed and have not been classified into a category as yet.
SAVE & ACCEPT
Skip to content